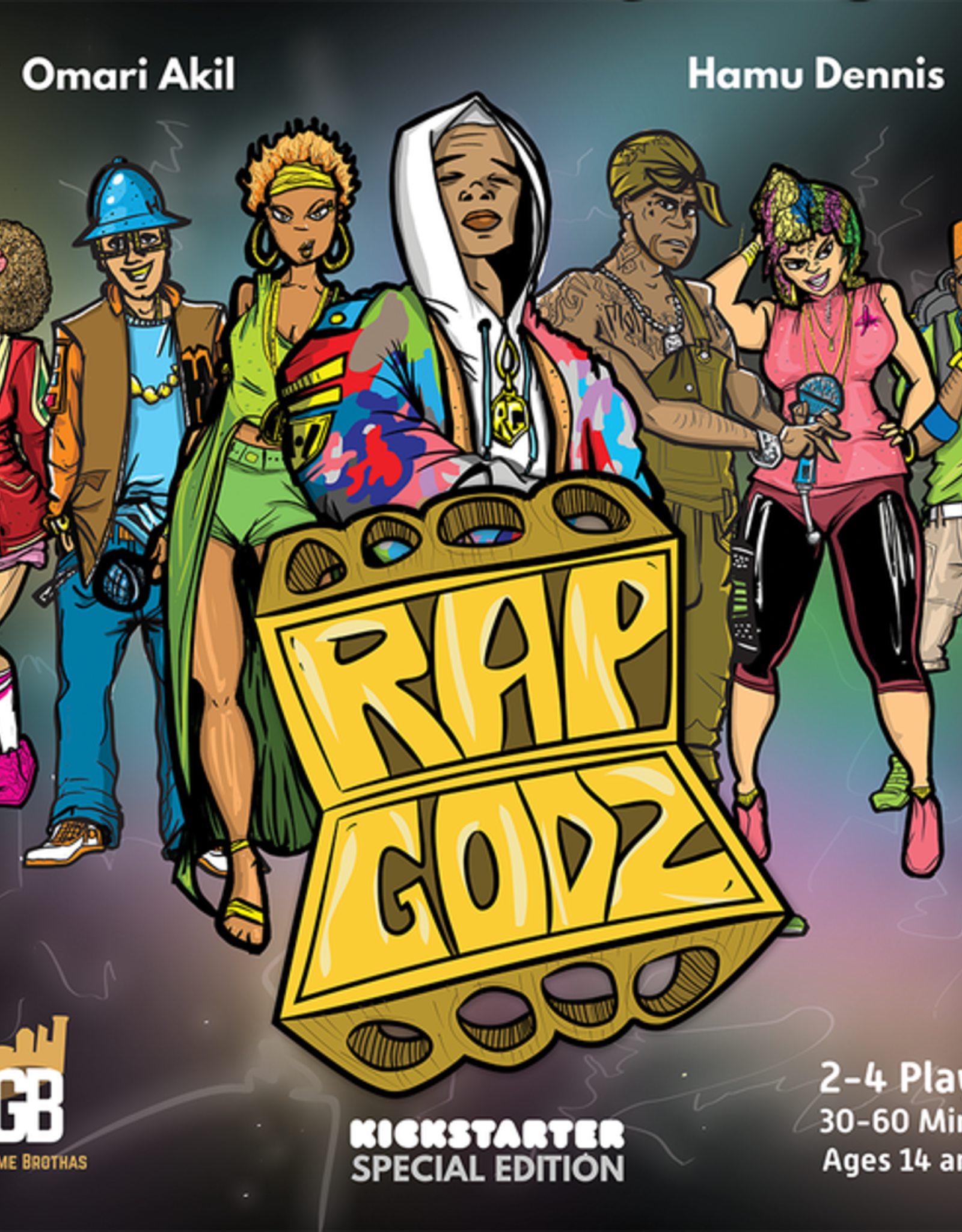 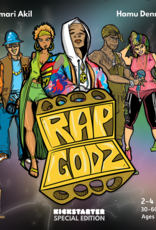 "RAP GODZ is a modern board game that puts you in the role of an up and coming hip-hop artist on your path to greatness! The gameplay is strategic and competitive as you play cards that represent events in your emcee's career and life. Along the way you will have to boost your swag, earn street cred, and improve your rap skills. Starting beef with players might put you on top but can also knock you out when you least expect it. Prove you are a true Rap God by taking over cities, hitting career goals, and earning the most record sales plaques by the end of your third album." -BGB Website

Add your review
0 stars based on 0 reviews
Add to wishlist / Add to comparison / Print
← Due to social distancing guidelines, we are unable to offer in-store play at this time.    Free Shipping on orders $ 99+ use coupon code freeship at checkout Thank you! Hide